In a nutshell, NFTs are one-of-a-kind digital products protected by encryption. Digital collectibles, game objects, pets, memes, and even liquidity provider (LP) positions in DeFi can all be represented by them.

Representing ownership of real-world assets, such as real estate or art, is one less studied use case. It will very certainly be able to tokenize high-value objects such as a vintage vehicle and divide ownership among several persons. Each of them would own a portion of the car in this situation.

However, so far, the majority of popular uses of NFTs have been for digital objects. Let’s take a look at them one by one. 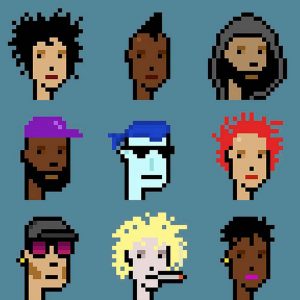 Larva Labs is working on a project called Cryptopunks. On Ethereum, it contains 10,000 collectible characters. There are no two characters alike. Cryptopunks is one of Ethereum’s first non-fungible tokens. It’s been around for a long time and has sparked some attention until the NFT bubble of 2021.

Claim for nothing and then sell for a fortune? This is not a poor investment. It’s worth mentioning, though, that buying the “first” of anything usually comes at a premium, and similar gains are unlikely in the future. 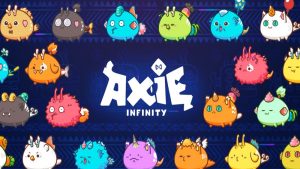 Axie Infinity is a blockchain game in which users breed Axies or virtual pets. Think of it as a cross between Pokémon and CryptoKitties. These pets are owned and controlled by the players and can be traded with other players. In Adventure mode, they can fight other creatures together or face off in a PvP (player vs player) battle.

In terms of the technological backdrop, Axies adhere to the Ethereum ERC-721 standard. There are other NFTs in the game, such as things and land.

One of the most popular NFT games on Ethereum is Axie Infinity. The hefty gas taxes should be less of an issue for gamers now that the Ronin sidechain has been released. Do you want to learn more about the game? Check out Axie Infinity.

Decentraland is a virtual reality game based on the blockchain. LAND, a virtual land represented by an ERC-721 token, can be developed and traded by players. Each piece of LAND is unique, and the owners have the option of filling it with whatever material they want. This might be anything from a basic scene to a game.

MANA, the platform’s native cryptocurrency, can be used to purchase LAND. Decentraland has its own economy in some aspects, with players interacting with one another in a variety of ways and monetizing their activities. Decentraland, unlike other virtual reality games like Second Life, is totally governed by a decentralized group of actors.

Digital collectibles are unmistakably here to stay. NFT marketplaces are only likely to become more popular in the future.

Even so, most NFTs are likely to go to zero over a long period of time. Furthermore, liquidity for NFTs differs significantly from that of a market like BTC/USD, so keep that in mind if you’re thinking about buying some.

How Crypto Affects Everyone